Third day in Indonesia and something bad took place. The morning was a fun morning as we went to one of the beach which is called Pantai Parangtritis. It's sands are black in color and the waves are so huge and high that people are strongly recommended not to swim in those waves. Our intention was to visit a beach but Pak Andar (our driver) told us that that was the nearest beach fitting to our itinerary was that so there we are. 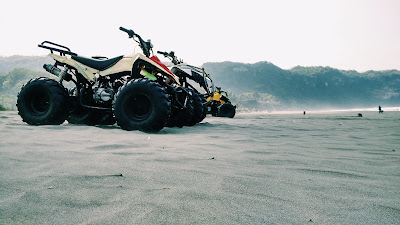 The sky is blue, the water is strong, you are with your friends cruising along the beach. What could go wrong eh?


Falling off the ATV could go wrong!


I fell off the ATV and boy - Once down, you forget how to get up for a moment. 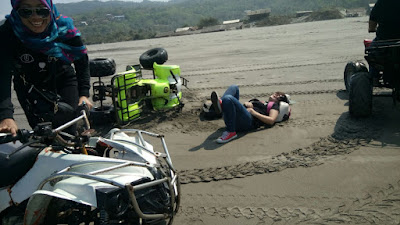 A pathetic moment which I will never forget


Anyway, right after that fall, with the adrenaline still high up in my blood, I couldn't tell if I hurt myself but once the pain hits, man. Only God knows how I deal with it during our next event. 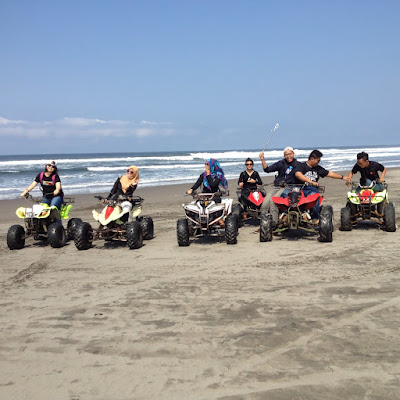 A cool picture before the incident took place


The next event is also an event that almost brought tears to my eyes. Ninja was chopping onions around me and all that I can do is to keep the people that I met in prayer. We collaborate with  Suara Hati, a group of young and super awesome people who are doing work that makes me salute them. They are a team of students from different age group that came together to bring happiness into people lives. Their work is to visit orphanage during the weekend and some people may say that "Cheh, it's nothing." Nope man. That is something. They are doing something that will have a huge impact in the children that they touch. They are doing something that will bring back good memories not only for them but for whoever whose fate entwine with them. 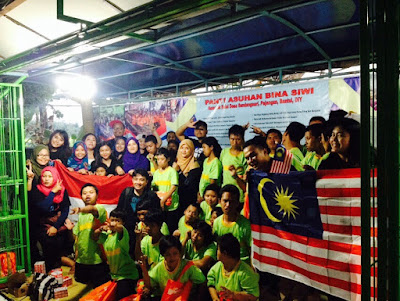 Our intention was never to arrive early but we did eventually arrived early and I admit, it was a little awkward at first. The language, the expectations that we have for ourselves, it is kinda stressful I would say. I did not know what to expect from a culture so different from ours. In my head, I was expecting that the children would not want to talk to me at all for I speak weird Bahasa Indonesia or I might look weird to them but.. all that change when we start shaking hands with them.


We talked about the food, the culture, the different type of music that we have, the movis that we have, and yesh- apparently, Upin Ipin is a huge hit in Indonesia. If you mentioned that you are from Malaysia, be prepared to know all about Upin Ipin. They are the Power Rangers of all time.  After some time communicating, I realized, heey, they are the same with our kids in Malaysia. All they want is to talk and laugh and have fun together!


That settle it! It means that all I need to do is to talk - and talking is so much easier than dancing. *That would be my last resort in breaking the ice* 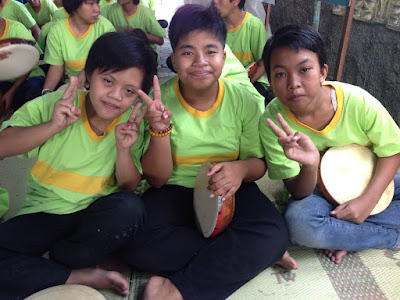 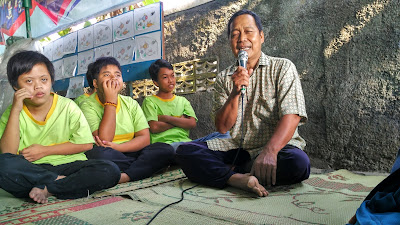 The principle of the orphanage


We were greeted by the children playing music for us and if you were to come into that area, blindfolded, you would not have guess what are the background of the children are from. FYI, some of the children here are not as lucky as the others so try to imagine the need and different types of method of communicating to ensure that the music played by all are flowing in the same flow. It is amazing that this group of people can work together when trying to control 11 people for a trip can be kinda tough at times! *winkwink* 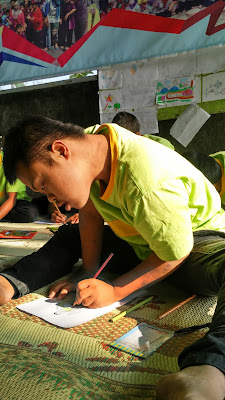 DIGSMA crew did prepared some activity and one of it is a colouring contest. It may be a simple contest but with this contest, we could see the persistence of each and everyone in the room. A boy name Bakti just puts me back in my place with his fighting spirit. Bakti is a boy who have trouble in hearing and eyesight but his colouring is magnificient!He manage to potray his colouring character true to itself! It is an awe to see them putting their best in an activity that may be a simple activity to us. 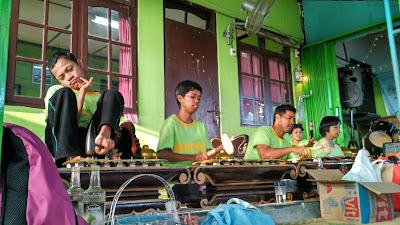 Now, let me just tell you that this place is going to produce people with great talents in music! They are just so amazing with it and they even have a band right now. They may be covering for people right now but who knows in the future, Bina Siwi would be producing their own album eh? 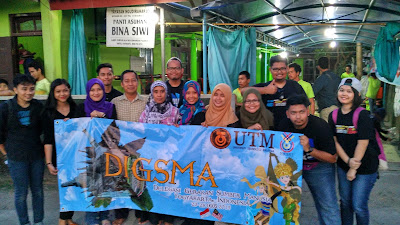 
You know, there's another party that helped us  a lot. As mentioned before this, we collaborate with Suara Hati but I can assure you that 99% of the work was conducted by them. We could not have make this day a success without their crew who prepared the amazing food, the tentative, and even manage to help DIGSMA in giving something back to the little ones. Without them, we could not have done it and I just wanna express my billion of thanks and gratitude to those amazing people!


Guys, keep doing what you guys are doing! The society need more people like you guys who are willing to go down into the field and experience first hand of everything. Thank you so much! 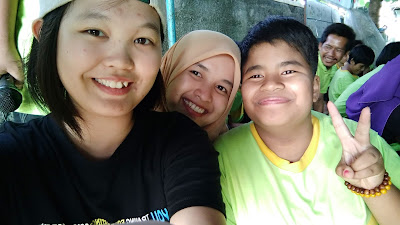 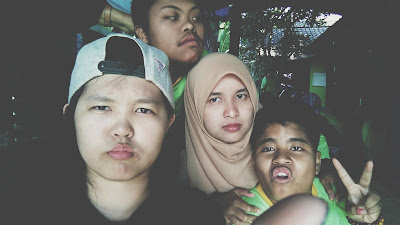 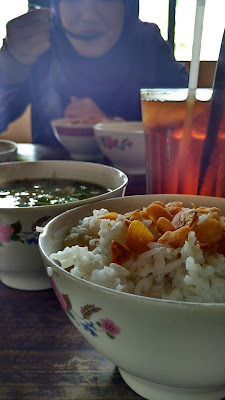 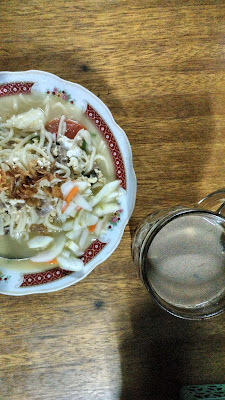 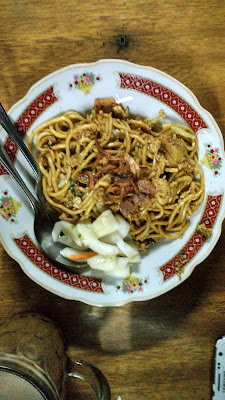 Forgot the name of these two dishes but it is tiptop!


Although the day started off with a fall but I did had my fill of fun towards the end of the day. I gained new friends, new insight and new taste buds.


P/S: Don't go for the ATV unless you really want to try.


P/S/S: 6th September would officially be the starting date of the new semester. 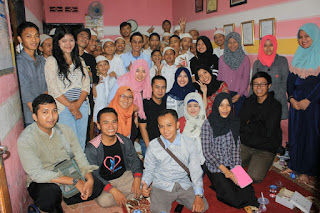